Constance’s horror film “All The Creatures Were Stirring” has been given a release date. The film will be available VOD, Digital and DVD on December 4th.

RLJE Films has acquired all North American rights to the upcoming horror film All the Creatures Were Stirring and will be releasing it VOD, Digital, and DVD this December.

“With scares, laughs and stars from some of the top releases this year, including Constance Wu in Crazy Rich Asians and Amanda Fuller in Orange is the New Black, All the Creatures Were Stirring has it all,” said Chief Acquisitions Officer Mark Ward. “We’re excited to see how horror fans react to this new holiday horror classic from David and Rebekah McKendry.”

All the Creatures Were Stirring was produced by Morgan Peter Brown and Joe Wicker of FallBack Plan Productions (Absentia) and was executive produced by Kevin Kale. RLJE plans to release the film on VOD, Digital and DVD on December 4, 2018.

Synopsis: An awkward date on Christmas Eve leads a couple into a strange theater, where they’re treated to a bizarre and frightening collection of Christmas stories, featuring a wide ensemble of characters doing their best to avoid the horrors of the holidays. From boring office parties and last-minute shopping, to vengeful stalkers and immortal demons, there’s plenty out there to fear this holiday season.

We also have our first still of Constance from the film: 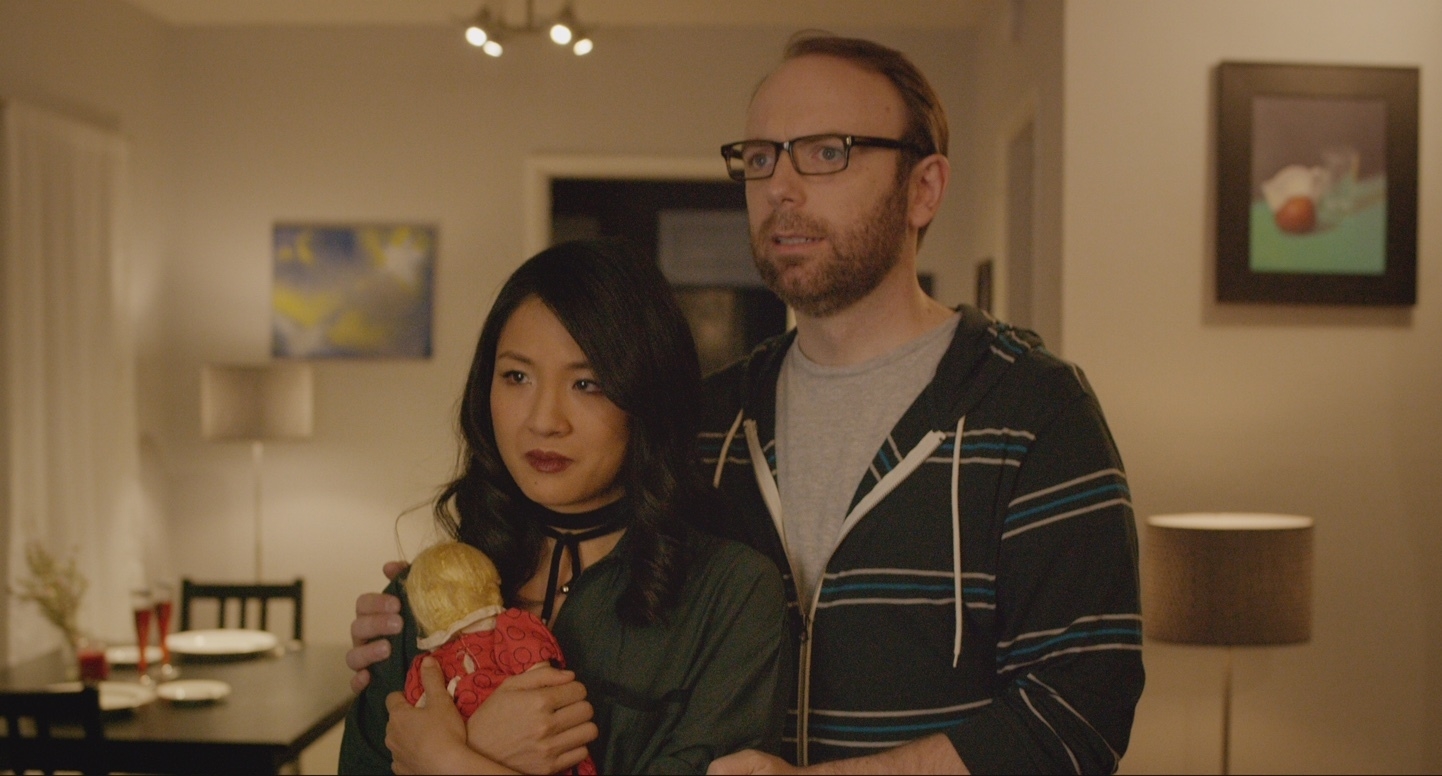